There is not one right answer

Many educators are unsure how to respond when a student asks you what does gay mean. It is better to try to answer than to respond with silence or evade the question.

Practice different responses with colleagues, just as you practice other things that you want to learn. Figure out what you feel comfortable saying.

Responses will vary by age and developmental stage of the student. Your comfort in answering these questions will set a welcoming tone in your class and school community. 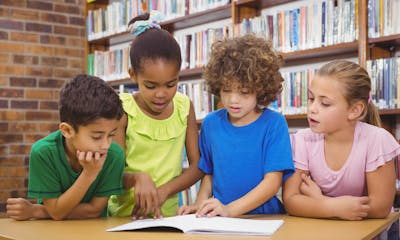 What Does "Gay" Mean?

An answer can be as simple as: “‘Gay’ means two people of the same gender who love each other – two women or two men.” Try to answer the question honestly without overloading a student with information. Throughout elementary school a student’s ability to understand what “gay” means and what your explanation means may increase with development.

Focus on love and relationships

Understand what the student is asking

If a second-grader says to you, “Alexia said that Ricardo is gay. What does ‘gay’ mean?” You could begin with, “Do you know why Alexia said that?” Or a student could say, “I heard that Omar’s dad is gay. What does that mean?” Listening first gives you a good idea of what your student wants to know and needs to know. Will your answer be about name-calling, defining what it means to be gay, different kinds of families or some combination of answers?

Sample responses to “What does gay mean?”

A person who loves, in a very special way, someone who is the same gender. For example, a gay man wants to be involved with and love another man. A gay person may choose to have a special relationship with someone and share a home and have a family together.

Be Prepared for LGBTQ +Questions & Concerns 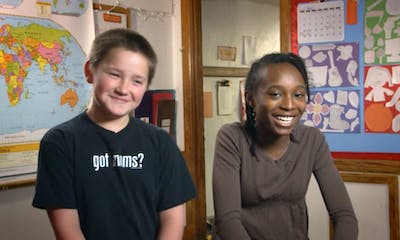 WATCH: What Do You Know? Kids Talk About LGBTQ+ Topics